The Making of Charlie Don’t Surf

Ok, so I wanted to do a blog post for each track (like Hope and Social did for their album “April”), but I thought I’d tell you about the cover first (as that’s the bit you see first).

We wanted to do something a bit special for the cover, being that it’s our first single.

The thing with first singles is, hardly anyone buys them, but the people who did can say “I was there at the beginning, I helped this band become what they are now” (whatever that might be). This meant it had to be handmade, and preferably a bit unusual, so we turned my kitchen in a makeshift sweat shop and set to work. 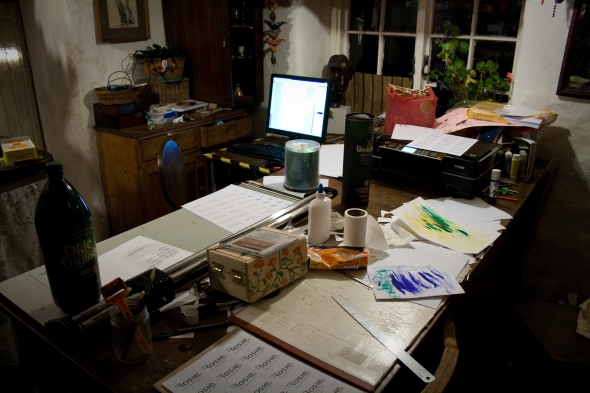 Ages ago we had this idea to arrange the covers into a big square and paint across them, so that each one is a little piece of something bigger. The beauty of it is, that’s essentially what you get when you buy an album/single, you buy a piece of the band. You’re watering the plant, as it were. 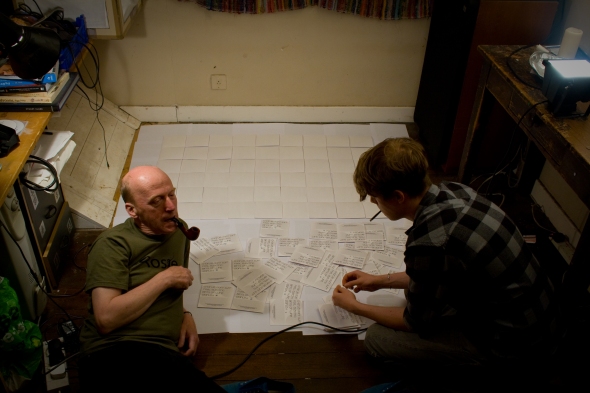 Now, here’s what we want you to do. Everyone who buys the single (either from the bandcamp page or at a gig) has to take a picture of themselves holding the single and email it to info @ rosietheband.com. It doesn’t necessarily have to be you if you’re shy. It could be an awesome guitar, or a little furry kitten. The photos will be going up here, just click on your square to see the photo.

That’s all for now, I’ll leave you with a view of Doug’s arse as he paints.

This entry was posted on July 7, 2010 by rosietheband. It was filed under Uncategorized .