We did a gig at the Northallerton Carnival this weekend. There were clowns… 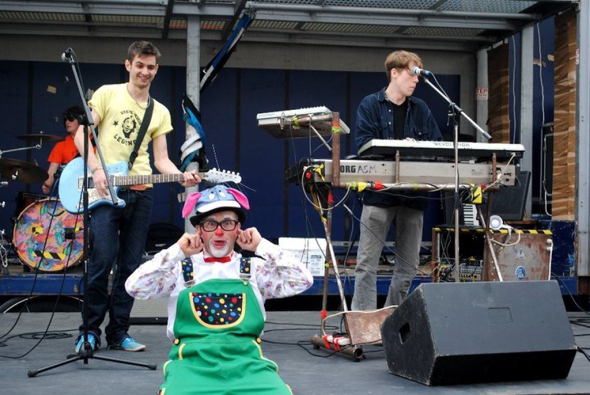 He went and bought a bucket (with band money I might add), filled it with water, and hid around a corner while Kim lured him in. Unfortunately he spotted nick at the last minute. Anyway, not to be deterred, Nick chased him across the front of the stage. In his haste (you cant blame him, Nick’s a big guy) the clown ran straight into an innocent bystander, completely totalling her. Nick snuck off while the clown fervently apologised to the poor lady.

At this point we felt it would be better to lure the clown into a false sense of security, so we all made friends. We got him about 10 minutes later.

You also have to watch this video. It’s sweet:

This entry was posted on July 14, 2010 by rosietheband. It was filed under Uncategorized .